Amit Sadh on Jeet Ki Zid: Feel lucky that I got to portray a real-life hero

In this exclusive chat with indianexpress.com, Sadh talks about Jeet Ki Zid, playing a real-life character, donning the uniform and more.

Excerpts from the conversation:

Why is Jeet Ki Zid special to you?

Zid is special because it is a story about two beautiful and inspiring people – Major Deep Singh Senger and his wife Jaya. It’s humbling that we were allowed and able to make this and get inspired. I feel that there is so much to learn and imbibe from the Indian Army and its stories. As an actor and an Indian, I feel privileged to be a part of Zid.

In Jeet Ki Zid, you play a war hero. What’s the best part about doing such roles?

Firstly, just wearing the Indian armed forces uniform changes you and your mindset. This particular story of Major Senger and Jaya is a story of togetherness. How they slug it out together, and how they don’t give up on each other. It might be a story with the backdrop of the Indian Army, but primarily it is about these two beautiful, strong-willed heroes. So, the excitement comes from being able to portray a real-life hero. I feel lucky that I got to do this.

How different is Jeet Ki Zid from Avrodh?

Generally, we show the army. Here we are showing the army behind an army. How an injured soldier comes home and how his wife takes the baton and lives with him. A huge part of Zid is Jaya. If you ask me, Jaya is the hero of this story. 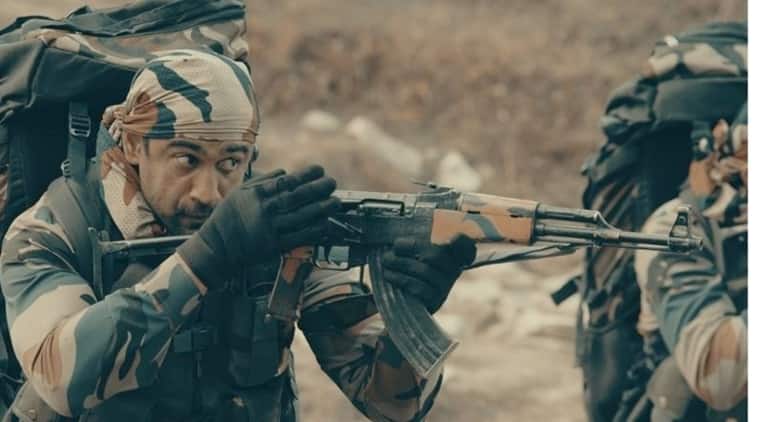 Is donning the uniform your new-found love?

I grew up in a military environment. I went to La Martiniere. That’s how I was raised. And I’ve always been a fan of the Indian Army. Now, I don’t know if it’s a coincidence that I’m getting to do these roles, but I’m enjoying it. If these stories can inspire and educate a generation about our Special Forces, I’ll be very proud.

Ever since Jeet Ki Zid went on floors, you’ve been sharing how the shooting was physically taxing. Tell me more.

It was difficult physically and mentally. There were days we were shooting at Koksar which is at 12,000-13,000 feet. People see all these things as discomfort and a challenge. I see it as a character. Yes, it’s challenging but you can find an opportunity in it. I’ve tried to do 0.1% of what our Special Forces do, and if I can achieve that, then great.

The show deals with mental health and depression too. How did you prepare yourself psychologically?

My team was great. Our director Vishal Mangalorkar is a man of few words, but he’s so good at pinpointing where a scene should go and where an emotion should be highlighted. And I was blessed with some amazing actors around me.

How was it working with Amrita Puri and Sushant Singh?

When you play characters like Deep Singh Senger, Jaya and Colonel Chowdhary, you have to have mutual respect which we had. You are so in your channel of performance that bonding takes a backseat. The real bonding is understanding how we can perform better. I had different experiences with both of them. Amrita is a very talented actor and a very sensitive human being. There’s something so nice and real about her. I’ve known her since Kai Po Che. We are friends, but I wanted our conflict to remain because it would help in the role. I think she’s done a fantastic job.

Sushant sir is one of the best actors we have. I want to work more with him. He’s an atom bomb of acting. He has so many ideas, and he is such a team player.

When your role requires you to take real-life inspiration, does it restrict your process?

If you play something where you have to build the mannerisms and body language, then your process has to take a back seat to become that person. Zid is inspired by real-life incidents. But there was a lot of process because of the journey that this man goes through. At one point, he is a great soldier with the strength and physicality, and then post Kargil, when he is hit, he gets paralyzed and has to embrace a new life. We wanted to touch upon a lot of things.

It’s not a simple story of a soldier and his greatness. It is also about how other people get involved in his life post Kargil war, and how he struggles in a society which has zero awareness about differently-abled. There, a lot of method comes in. Sometimes you just don’t know how much is enough. I think we have kind of hit that sweet spot.