Kangana Ranaut pens note for ‘Dear Sushant Singh Rajput’ on birth anniversary; says ‘I regret not being there for you’ | Hindi Movie News

In a series of tweets addressed to ‘Dear Sushant’, the actress expressed her ‘regret’ about not being there for him as she assumed he was ‘strong enough to handle mafia torture’.

Wishing the late star a happy birthday, she tweeted, “Dear Sushant, movie mafia banned you bullied you and harassed you, many times on social media you asked for help and I regret not being there for you. I wish I didn’t assume you are strong enough to handle mafia torture on your own. I wish …”

Dear Sushant, movie mafia banned you bullied you and harassed you, many times on social media you aksed for help an… https://t.co/5wz5U1QSzC

The actress, who has been very vocal about the ‘movie mafia’ since SSR’s demise, also asked all fans to “never forget” the alleged wrongs done to the actor. In her tweets, the actress took swipes at the production house YRF and filmmakers Karan Johar and Mahesh Bhatt. She even went as far as alleging, “These people collectively killed him,” she wrote. 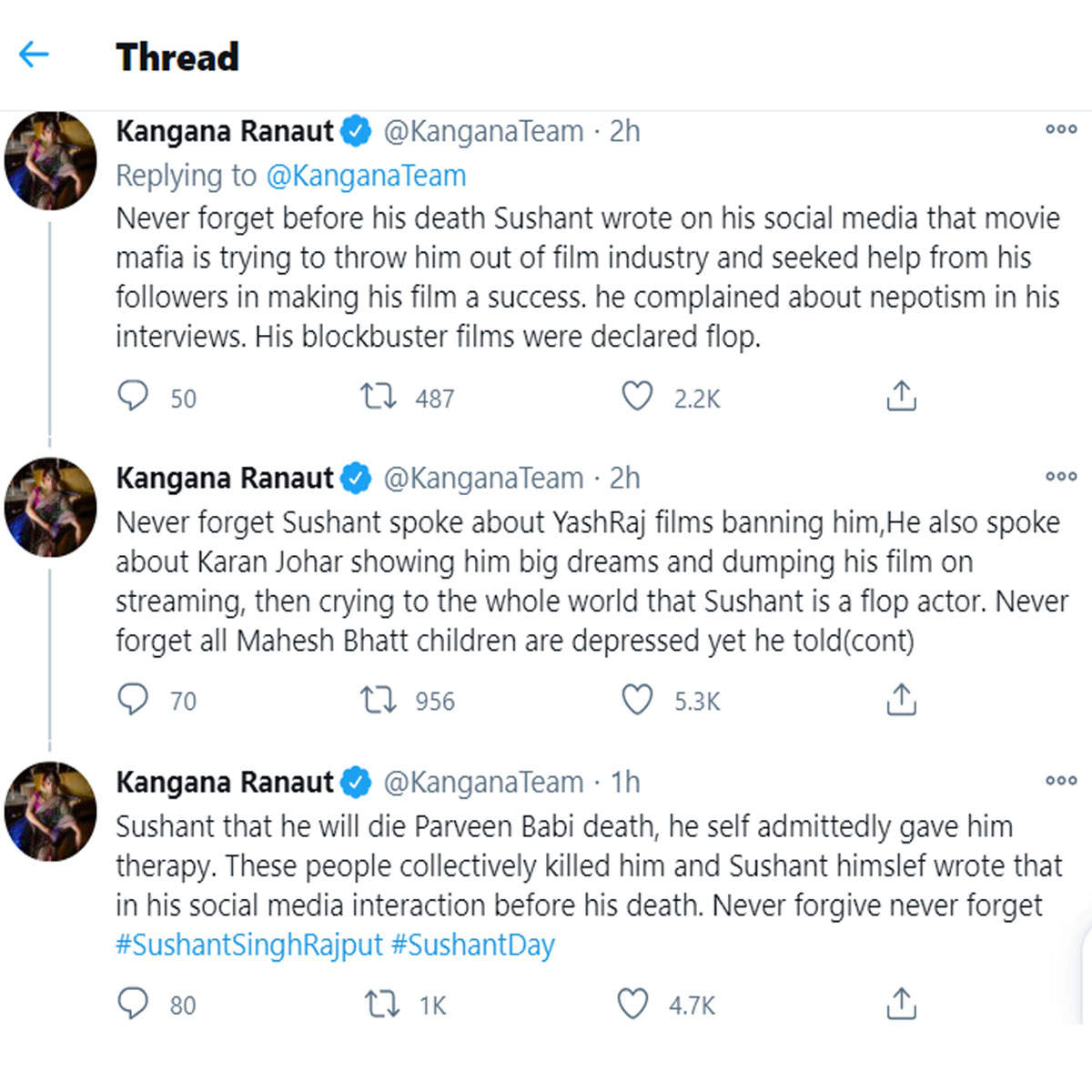 After venting her anger at a select few of the film industry, the actress went on to ask fans to mark the day as a “celebration of life”. In her tweets, she also urged fans to embrace positivity and not to pay heed to naysayers.

“Above everything celebrate Sushant day as a celebration of life, don’t let anyone tell you that you aren’t good enough, don’t trust anyone more than yourself, leave people who tell you drugs are the solution and suck you dry financially and emotionally, celebrate #SushantDay,” Kangana wrote.

Above everything celebrate Sushant day as a celebration of life, don’t let anyone tell you that you arnt good enoug… https://t.co/IOFLcDJvO2

Previous articleMy film about resisting, fighting through art: We Still Have the Deep Black Night director
Next articleTusshar Kapoor: Working with Naseeruddin Shah easy as he doesn’t carry baggage