Khisa is symbolic of the times we live in, says filmmaker Raj More

A child’s shirt pocket is a world of wonders, where they keep an assortment of valuables, from pebbles and marbles to money and scribbled notes. The protagonist of the short film, Khisa, which is a part of the Indian Panorama section of the International Film Festival of India (IFFI), being held in Goa till January 24, goes a step further — he gets an extra-large pocket stitched to his shirt. What ensues is a melee that highlights the schisms in society in which even historical figures of the country are commercialised and appropriated. The film is the debut of contemporary visual artist Raj More who, in the early 1990s, was living in Pune, training to be an art teacher, and dreaming of the day he could break through social barriers of his own.

“The whole story revolves around the shirt. The child is proud of his pocket. It sets him apart from others his age, whose pockets are not only smaller but also ordinary and similar to each other. The little boy does not understand the politics of symbolism that adults engage in, and his pocket soon becomes a point of contention amongst elders in the village. This story of a loss of innocence and coming-of-age of a young boy, is ironically, symbolic of the times we live in,” said More.

The filmmaker added that he was planning to work on a different film and had called Kailash Waghmare for casting. “He told me that in his village there had been an incident of a child who had attempted to stand out from the crowd by wearing a shirt with an unusually large pocket. I realised that this was the story I wanted to tell and Waghmare wrote it,” said the director. Waghmare plays the father of the child in the film. 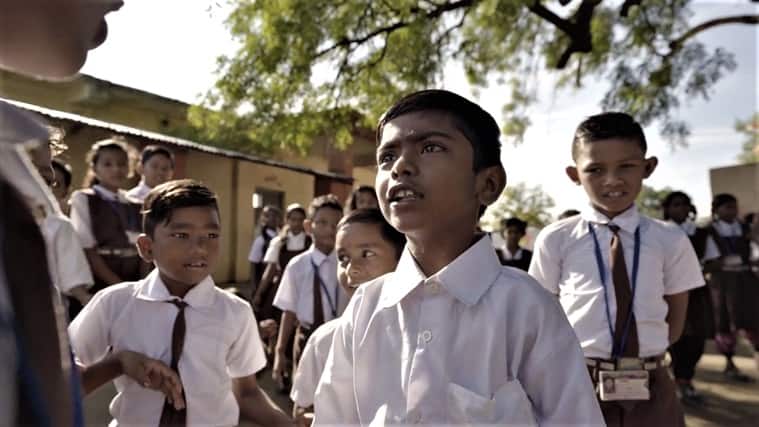 A still from the movie Khisa. (Photo: Raj More)

More searched through his village in Akola in Maharashtra’s Vidarbha, to find the lead for the film. Vedant Shrisagar, who plays the young character, studies in a small school and was new to acting. “While all the other actors have experience in theatre and performance, Vedant was a raw talent. I worked with him for two months and critics have lauded his performance,” stated More, adding that he shot the film entirely in Akola.

The filmmaker is more famous as an artist, as someone who makes powerful comments on socio-economic and cultural realities such as capitalism through his works. He graduated from Sir JJ School of Art in Mumbai in 1999, and has participated in exhibitions across the world, such as “B4Mumbai” at Jehangir Art Gallery, Mumbai, and the Busan International Art Fair presented by LVS Gallery, Seoul in South Korea. He won a National Award for the 54th National Exhibition of Art organized by Lalit Kala Academy in Delhi, 2012. “I used to make frequent trips to Mumbai, from Pune, to view exhibitions and watch films. I began to watch world cinema at festivals. I thought that filmmaking was an excellent medium, where I could express my ideas better,” More said.

Khisa, which was completed in 2019 and hit the festival circuit before the pandemic shut down screens, has won two awards at the Istanbul Film Awards 2020 and one at the 10th Dada Saheb Phalke Film Festival in Delhi. “I have always been a rebel, since childhood. I am no different as a filmmaker,” concluded the Khisa director.