Loved Vijay’s ringtone in Master? Meet Bjorn Surrao, the Chennai musician behind it

The 28-year-old indie musician is finding himself in the limelight unexpectedly after the release of Tamil film Master starring Vijay, and which features his track ‘Master the Blaster’

It is now almost a week since Master released. Those who have already caught the film in theatres would know that it takes a good few minutes for the protagonist (John Durairaj aka JD, played by actor Vijay) to pop up on the big screen. And he does so with a reggae track ‘Master the Blaster’ — which is also the ringtone on JD’s mobile phone — playing in the background.

The track, composed by Anirudh Ravichander, has since gone viral. Since being uploaded to YouTube nearly 48 hours after the film’s release, ‘Master the Blaster’ has clocked up over five million views.

The track is already the default ringtone on die-hard Vijay fans’ mobile phones, if YouTube comments can be deemed proof, but what has piqued people’s curiosity is the identity of the man who penned its lyrics and lent his vocals. “Bjorn Surrao… seems like Anirudh got a singer from North India for the track. It is amazing how he finds these talents,” are the words of a YouTuber who attempts to break down the virtues (read as: ‘mass’ value) of the song. Bjorn though (he pronounces his Portuguese descent surname as ‘Sur-ro’) is slightly amused; the Chennai-based indie musician is happy that his work has been noticed. “You don’t find English tracks in a Vijay film,” he says, over phone, and adds: “That it has been accepted so openly is rare. It shows that audiences are getting smarter.”

Before the conversation progresses, he settles the ‘Bjorn from North India’ (pronounced Beon) debate once and for all. “I am a Chennai boy… from St Thomas Mount. But my Tamil is…” he trails off, and adds with a laugh, “Maybe after a couple of beers, my Tamil can be fully local!”

The 28-year-old singer-songwriter is not a new face in the indie music circuit. The MBA graduate has been making music since he was 16 — he picked up his first instrument at age 11 — and for the longest time was associated with the alt rock band Franks got the Funk.

So how does a rock musician end up doing reggae, as his Instagram handle suggests? Bjorn laughs. “I have always loved African and Jamaican sounds. I have loved reggae and dancehall (a Jamaican musical genre), but I never really released anything. In 2020, during lockdown, I decided to release a dancehall song on social media. I have released a few more now,” he says, hinting that he wishes to continue exploring reggae going forward. “I don’t like sticking to one genre.”

Going with the flow

Having known composer Anirudh since his college days, Bjorn says he was in the studio as the former was doing the re-recording for Master. 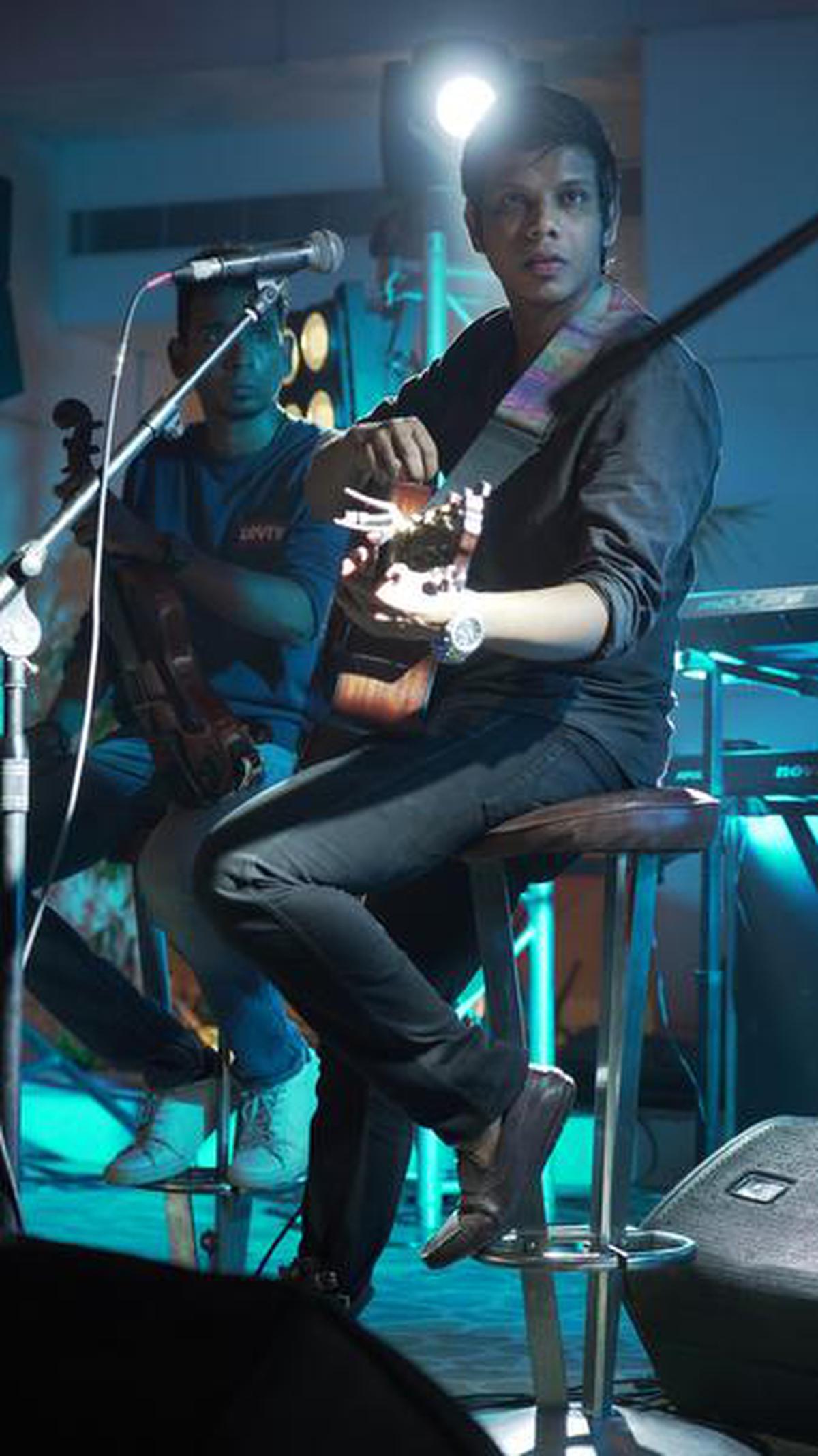 “There was a reggae track that Vijay is listening to in the film. Ani wanted to recreate it because the original track wasn’t working out, but he also wanted the recreated version to be an original. He gave me a tune and then I started writing the lyrics. We were doing this at around 4 am and it just so happened spontaneously,” he adds.

Bjorn is not new to composing film music. In 2017, he was one of the two composers for the Dinesh Selvaraj film Naalu Peruku Nalladhuna Edhuvum Thappilla. At the moment, Bjorn and friends create music — taking up wedding and private events — under the aegis of ‘Jigarthanda Music’; Bjorn, flautist Finny David and electronic violinist Fenny Daniel are the key members of this group which was formed less than two years ago, Bjorn informs. They explore Tamil, other regional languages and fusion music.

“I want to pursue both indie and film assignments. If I get film opportunities, I intend to do it under the Jigarthanda label. This year, Jigarthanda will release its début single called ‘Hey Baby’, a love track that will have lyrics in Tamil and English,” he remarks.

Juggling between indie and mainstream projects can be cumbersome; for one, time can be a constraint once the ‘big break’ is achieved. “It is difficult. Mainstream is where the money is. Indie is passion-driven; it is difficult to survive there.”

The wider acceptance for ‘Master the Blaster’ could be an indication that the winds of change is happening in Tamil cinema. Does Bjorn believe that the movie going audience will be equally accepting of different musical genres in the event it is placed in a big star film? “You can’t shove stuff down. It has to happen gradually because everybody seems to love ‘the usual stuff’. But at the same time audiences are getting smarter. That doesn’t mean a film can have an entirely indie soundtrack. There has to be commercial elements for the masses to enjoy it,” he says.

The rock musician-turned-reggae artiste has already made another transition. He is making his acting début with Sivakarthikeyan’s upcoming film, Doctor. “I play a serious guy caught in a funny situation. It is a 10-minute portion. Nelson (the film’s director) is a friend of mine and he asked me if I would mind trying… basically telling me to give it a shot because I had nothing to lose. I auditioned, got selected and then he sent me to acting classes for a month before I did the part,” he says.

So what is next for the St Thomas Mount OG? “How about an acoustic version of ‘Master the Blaster’?” he signs off with a tease.