After months of being away from film sets during the lockdown, actor Rana Daggubati found himself in the thick of gruelling real-time action when he spent a day with the Border Security Force (BSF) at Murar post in Jaisalmer, Rajasthan. The actor spent a day with the jawans trying to do the many demanding tasks they do in a day, for the Discovery+ documentary Mission Frontline. The documentary will première on Discovery+ on January 21.

Recalling the experience, Rana tells us in this interview, “We are brought up with the thought that family comes first. A jawan from Pulivendula (in Andhra Pradesh) told me that he has a small family in his hometown and a larger family at the border that he is happy returning to. This deeply ingrained thought of putting the nation in front was my biggest takeaway from the Mission Frontline experience.”

He liked the idea of a civilian getting an opportunity to live like a jawan for a day and agreed to be part of the show. Mission Frontline wasn’t going to be a typical celebrity show where star meets and regales the jawans. The documentary required him to get down and dirty. 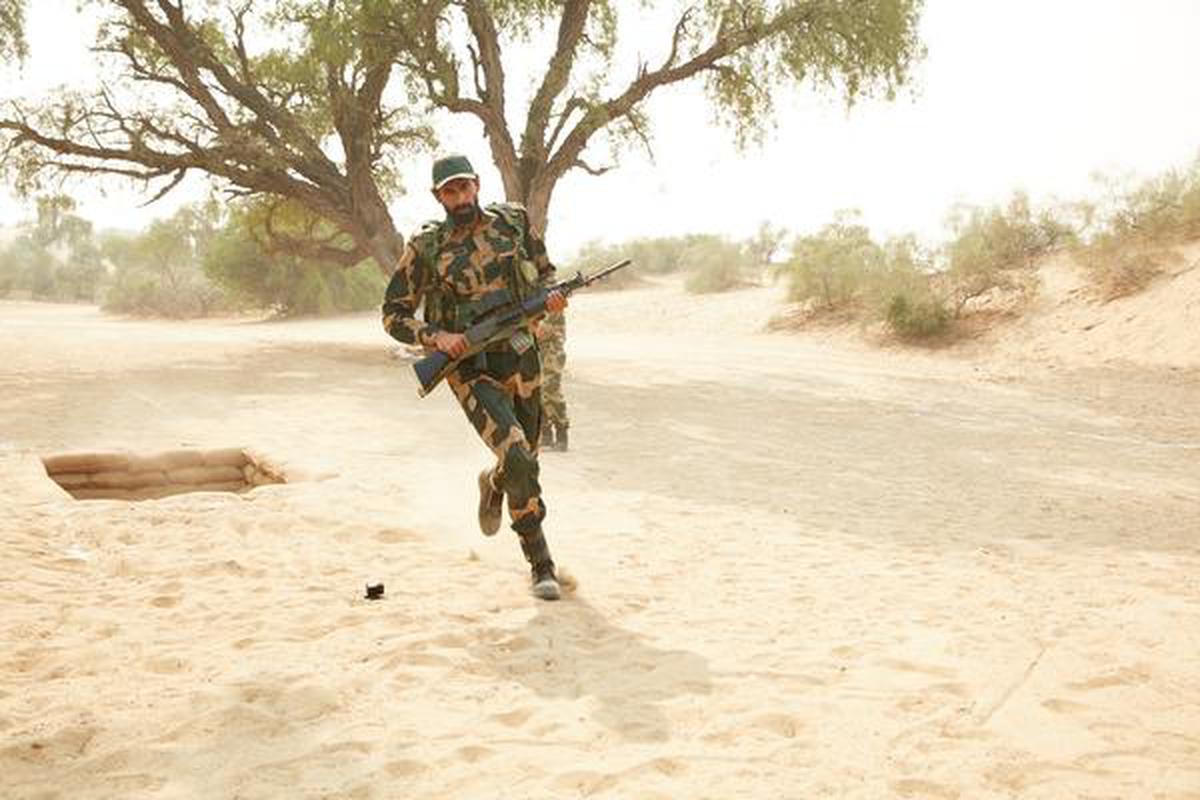 Detailing some of the drills he went through, the actor says, “I did a 3.5-kilometre track race, eight-feet jump carrying weapons, the fireman drill while lifting a jawan on my shoulders, patrolling on camelback and a lot more in a simulated mission. I witnessed the shifting dunes; the post and fence don’t look the same as the day progresses. The vast expanse of the desert was so beautiful and we got stunning visuals, on the lines of Lawrence of Arabia!”

There were no retakes in the live-action documentary. Rana wasn’t new to filming in a tough terrain but there was no comfort of the vanity van to retire, during Mission Frontline: “We learn about our soldiers when there is an incident at the border, and we are aware that their work is physically and emotionally demanding. But being there, getting a taste of a day in their life made me realise it is so much more demanding than what we imagine.”

The Discovery+ team reveals that the soldiers were impressed with Rana’s ability to handle the drills. The actor laughs it off saying, “You will see me get tired, falling… On a film set, I am usually the fittest guy around. Here I came last while running. Jawans are extremely sharp and alert; it takes enormous integrity and discipline to do what they are doing.” The filming happened when restrictions were beginning to be eased after the lockdown. Rana shares that the jawans were in a ‘bio bubble’ and he and the small crew got themselves tested so that they don’t end up carrying COVID-19 virus to the borders.

The soldiers were informed about Rana’s arrival and were eager to get a glimpse of Baahubali’s Bhallaladeva: “Once they saw me and realised I am not that bulky as I was back then, I guess they felt I am a normal guy,” says Rana, who also mentions that he loved the dal served at the BSF post.

The actor calls it a humbling and unmatched experience. While preparing to portray a character for a film, actors do get opportunities to meet people from different walks of life. But this realistic experience, he says, made a difference: “Two weeks later I returned to the sets of Virata Parvam (his new Telugu film) to film an action sequence and I still was the fittest guy around, but the BSF experience was a different one altogether. I met jawans who had come from different States, and it reinforced the cultural context of what India is. Theirs is a mission of duty unto death; the words mean everything for them and define who they are.”

Previous articleDesert Knight-21: Rafale fighters to be part of Indo-French air exercise | India News
Next articleShyam Benegal looks back as Zubeidaa turns 20: Don’t think anyone did the film for money