Newly married couple Gauahar Khan and Zaid Darbar, ever since their ‘nikaah’ ceremony has been busy at work & this is the reason why we haven’t seen pictures from their holiday. Well now, it seems that the duo has finished everything and decided to take some time off and headed to Udaipur for a vacation. Considering it their first holiday post their wedding, the pictures from the City of Lakes have left us super happy for them. The glimpses from the #GaZa vacay were shared on Instagram by Zaid who captioned them, “Finally our time #Udaipur.”

Not just him, even ‘Tandav’ actress left her fans amazed by sharing a video in which we can hear Dostana song Jaane Kyun playing in the background. The video seemed to be from The Oberoi Udaivilas hotel and was captioned, “This is how happy I get when i travel … ofcourse this is my first holiday with the hubby .. #Happiest #reels #udaipur #myudaivilas.”

Not just these, but a lot of other pictures were shared by Gauahar in which the two of them can be seen holding hands beside a cake with #Gaza and #myudaivilas written on it. They even enjoyed a lavish breakfast, lake view and explored the city in a tuktuk. Check out their images here: 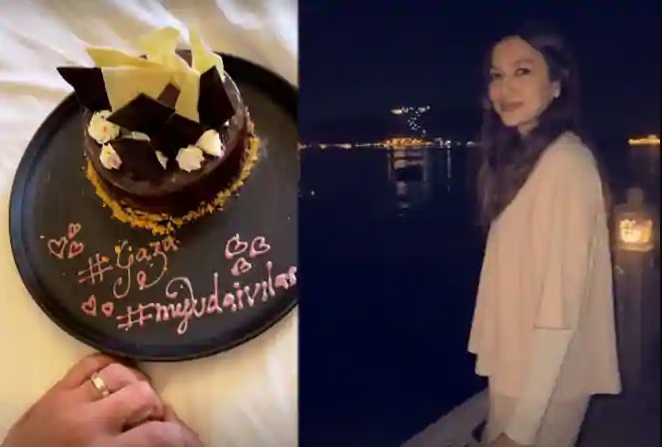 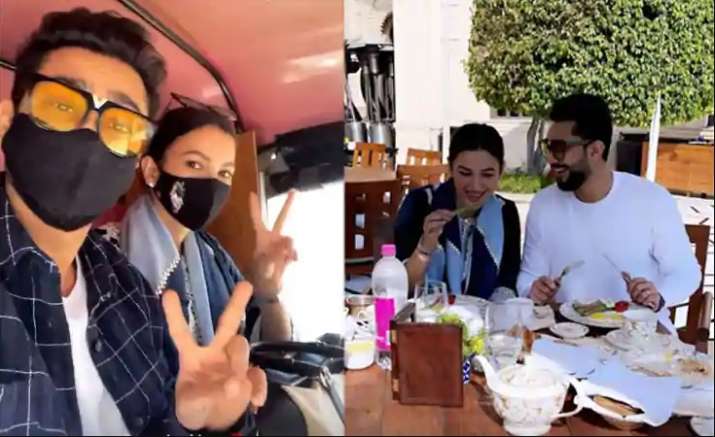 For those unversed with their love story, Gauahar and Zaid met during the COVID-19 lockdown at a grocery store after which he sent an Instagram DM and told her she is the most beautiful woman. They got married on December 25, 2020, alongside their family and close friends.

On the professional front, Guahar was seen in the recently-released web-series ‘Tandav’ which hit Amazon Prime Video on January 15. The political drama featured an ensemble cast including Saif Ali Khan, Dimple Kapadia, Zeeshan Ayub, Sunil Grover amongst others. While for Zaid, he recently unveiled his new dance studio.