Tandav: Everything that works and doesn’t work for the Prime Video series

Prime Video’s latest web series Tandav has become the first big desi OTT release of 2021. The Ali Abbas Zafar show is a political drama that features actors like Dimple Kapadia, Saif Ali Khan, Tigmanshu Dhulia, Sunil Grover among others in pivotal roles. The 9-episode series hasn’t received the best reviews by the critics but has managed to garner some attention because of the controversies that have unfolded in the last couple of days.

Tandav, like all other shows and movies, isn’t all black and white. It has its good moments but then, there are places where it completely loses the plot.

Here’s everything that works and does not work for Tandav.

What works for Tandav

Tandav brought together some of the best actors in the Indian space. Dimple Kapadia, Tigmanshu Dhulia, Kumud Mishra, Mohd Zeeshan Ayyub, Saif Ali Khan, Sunil Grover were just the right people for this show but Tandav did not really utilise them well enough. While OTT is said to be a democratic platform, the trailer of the series coupled with such big names was enough to draw the audience in for at least the first few episodes. Some of these actors get good moments on screen but the writing of the show doesn’t have much to offer to elevate their performances. Tandav is one of those shows where you might not feel invested in the plot but the visual aesthetics of the show will draw you in instantly. Sarah Jane Dias, who plays Aisha on the show, is not a heavy contributor in Tandav in terms of her role but her costumes and the way she carries them is stunning. Dimple Kapadia’s crisp sarees and Saif Ali Khan’s well-tailored kurtas and vests are quite elegant too.

Tandav has a few throwaway references to real-life incidents that have taken place in the political arena in the last few years. It is obvious that those references were inserted to make the show believable but in a world where every week brings in a new political story, Tandav had to do a lot to keep up with the times.

What doesn’t work for Tandav

In what has to be the most bizarre college scene we have seen in years, a college professor is overheard saying “Political science is the study of politics” to a class that appears to be studying the subject at the Masters level. The entire series is muddled with such basic dialogue writing that it feels like interns on the show were given this department to handle all by themselves. 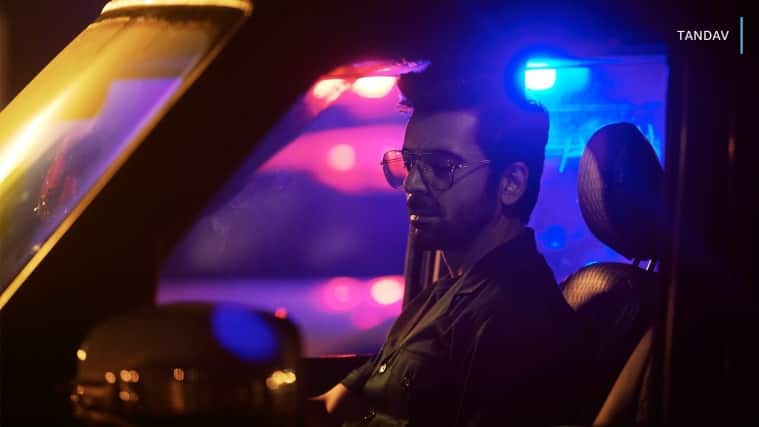 The plot twist with a landline makes you wonder what era is this show set in. (Photo: Prime Video/Twitter)

One of the biggest reveals of the show comes from the list of calls made via a landline telephone. The concept of landlines being part of a mystery in 2021 is utterly bizarre, especially in a show where smartphones and social media is frequently used.

Right from the first episode, the two main tracks of the show – VNU and the events happening at the PM residence are intercut with such urgency that you can feel that something big is about to happen, but it doesn’t end there. It feels like the format of the show is based on the idea of intercuts to make it pacier. In every episode, we see these intercuts even though the storytelling doesn’t convey that urgency.

Don’t get me wrong, the song is fantastic. It is the overuse of the track that starts irking the viewer. After a while, every scene at VNU opens with an election montage that is accompanied by “Dhakka Laga Bukka” and it is obvious that the song can’t compensate for the lack of sophistication in the storytelling.

Tandav is streaming on Prime Video.