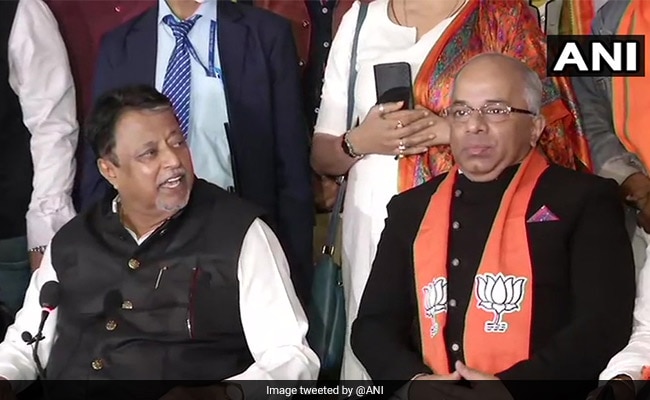 The development took place ahead of Bengal Assembly Elections this year

Mr Banerjee thanked BJP for giving him the opportunity to serve the people of the state.

“I thank BJP for giving me this opportunity to serve the people of the state. We need to bring industries here so that people can get employment,” Mr Banerjee said while speaking to ANI.

“The whole environment of West Bengal needs to be changed, so that industries itself come here, I want to see West Bengal as number one state, will do whatever it takes, now it time to do real work,” he added.

The former employee of the corporate group company said he will encourage industries to set up their units in the state to create jobs.

The development took place ahead of Bengal Assembly Elections this year.

Previous articleSushant Singh Rajput’s sister takes a walk down memory lane as she reminisces the good old days with his brother on his birth anniversary | Hindi Movie News
Next articleConfirmed! Varun Dhawan and girlfriend Natasha Dalal getting married on this date | People News