At least 13 Dead, 18 Injured In Road Accident In Jalpaiguri 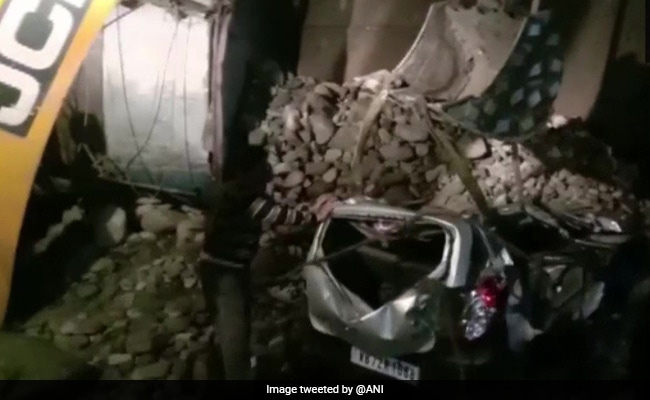 Locals along with police officials assisted in rescuing the injured at the spot.

At least 13 people died in an accident in Dhupguri city of Jalpaiguri district in West Bengal on Tuesday night. The accident happened due to low visibility. Around 18 people have been injured in the accident and have been admitted to a hospital.

“A vehicle collided head-on with a boulder loaded truck whose driver lost control of the vehicle and hit the divider and slipped towards its right side. Two other vehicles coming from the wrong side collided into the body of the truck due to which boulders loaded in the vehicle fell on them. Another small lorry in front of the truck was also damaged. In all, four vehicles got damaged,” Sumant Roy, Assistant Superintendent of Police, Jalpaiguri said.

The police officer said that the circle inspector of Dhupguri and his team reached the accident spot within 10 minutes of the incident. Sumant Roy said that several cranes were called in to clear the road.

Locals along with police officials assisted in rescuing the injured at the spot.

“The road is now cleared. The driver of the truck survived the accident and has been detained. Treatment of injured at the nearby hospital is being monitored,” Sumant Roy said.

Previous article“Goli Maaro” Slogan Returns, This Time At Trinamool’s Bengal Rally
Next articleAkshay Kumar reveals that he was once rejected by a girl for THIS reason | Hindi Movie News