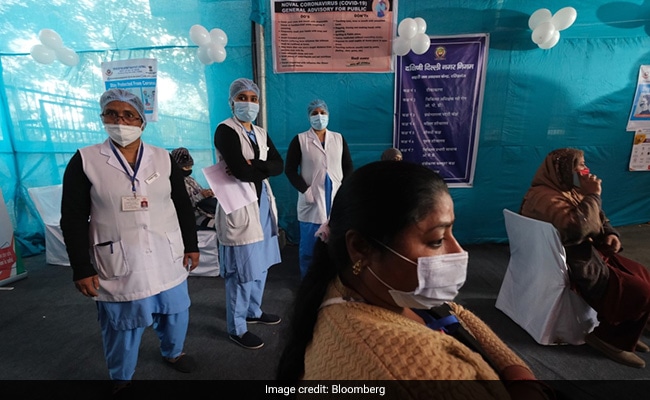 New Delhi:
The nationwide Covid vaccination drive began a little after 11 am Saturday, with a sanitation worker at Delhi’s AIIMS the first person in the country to receive a shot. Earlier Prime Minister Narendra Modi paid tribute to frontline workers and healthcare staff playing key roles in the battle to contain the virus. The Prime Minister also cautioned against spreading rumours about the efficacy of the vaccines and warned people to continue following Covid-appropriate behaviour even after receiving the injections. Over the next few days, weeks and months India will carry out one of the world’s largest vaccination drives – around 30 crore people will be inoculated against the novel coronavirus. Two vaccines – Covaxin and Covishield – have been cleared for this purpose.

With input from ANI