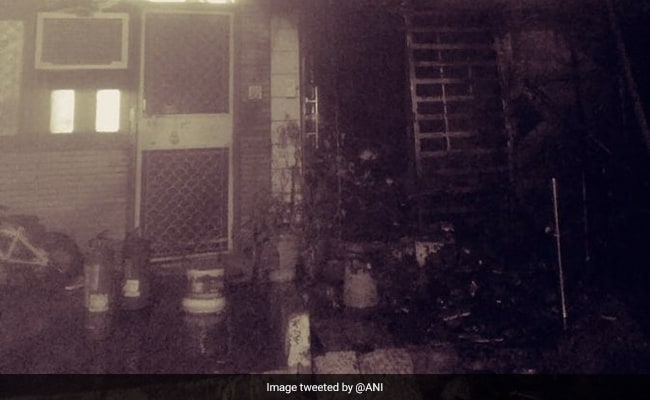 A fire broke out at a store of Amazon in Sector-6 area of Rohini early morning today.

A fire broke out at an e-commerce company’s storehouse in the city’s Rohini area on Friday morning, leaving a woman injured, a Delhi Fire Service official said.

During an operation to rescue six people, including the woman, from the fire a fireman was also hurt, he said.

“The fire broke out at an Amazon store located in the ground floor of a five-storey building in Rohini’s Sector-6 area,” the official said.

Firefighters rescued the people from the terrace of the building.

Information about the fire was received around 5.34 am and four fire tenders were rushed to the spot, according to the Delhi Fire Service (DFS).

The woman, who suffered minor burn injuries to her hands, and the firefighter, Sunil, who injured his legs, have been admitted to the Ambedkar Hospital, DFS Director Atul Garg said.

The other five rescued persons are safe, he said.

The fire has been doused and the cause of the fire is being investigated.