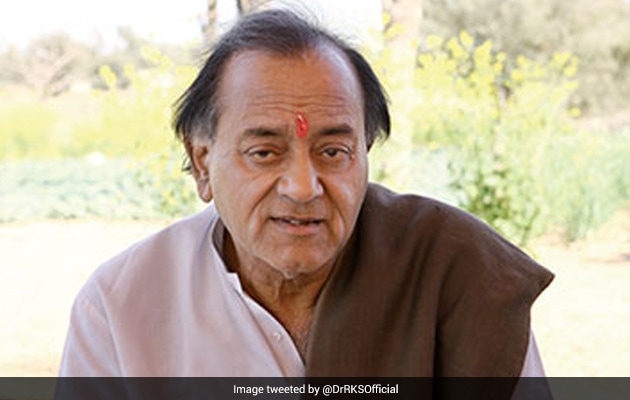 Former Union minister and noted businessman Kamal Morarka died here on Friday evening after a brief illness. He was 74.

Former Rajasthan minister Rajkumar Sharma, who is a legislator from Nawalgarh in that state, tweeted the news of the former Rajya Sabha member’s demise.

Mr Morarka was a Union minister in the Chandra Shekhar government in 1990-91 and a Rajya Sabha member from Rajasthan from Janata Dal (Secular) during 1988-94.

“Shocked with the demise of former Union minister and famous industrialist of Nawalgarh, Kamal Morarka ji. This is an irreparable loss to all of us. Praying to the Lord to give the bereaved family the power to bear this sorrow,” Mr Sharma tweeted.

Born in a traditional Marwari family on June 18, 1946, Mr Morarka was also a noted industrialist and was the chairman of Morarka Organic.

He headed the Samajwadi Janata Party (Rashtriya) since 2012.

Mr Morarka had a keen interest in sports and served as vice-president of the Board of Control for Cricket in India (BCCI) and Vice President of Rajasthan Cricket Association.

He was also a philanthropist and social worker and contributed to organic farming in his native Shekhawati in Rajasthan. He also published a book of wild life photographs.

His M R Morarka Foundation organised the annual Shekhawati Festival in Nawalgarh for over two decades.

Anant Goenka, Executive Director of the Indian Express group, said he is extremely saddened to hear of the passing of Kamal Morarka.

“Privileged to have known a man like him… he lived by example, with fine old Indian values and an ever-young, curious mind. India will miss his warmth,” Mr Goenka tweeted.