Keylong In Himachal Pradesh Continues To Freeze At Minus 8.9 Degrees 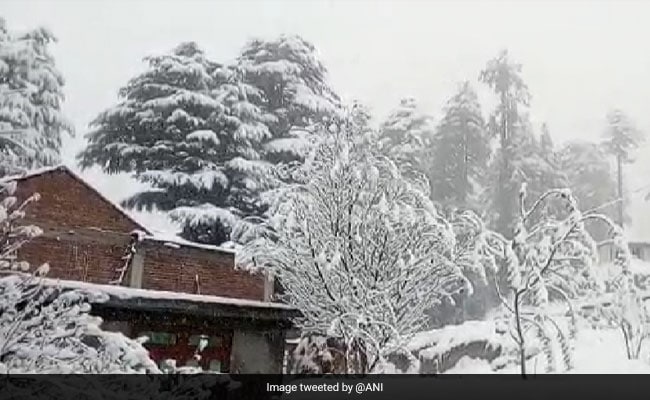 Kalpa recorded a low of minus 2.8 degrees Celsius. (Representational)

Keylong and Kalpa in Himachal Pradesh reeled under sub-zero temperatures on Tuesday, the Meteorological Department said.

Keylong, the administrative centre of tribal Lahaul and Spiti district, continued to be the coldest place in the state at minus 8.8 degrees Celsius, Shimla MeT centre director Manmohan Singh said.

Kalpa recorded a low of minus 2.8 degrees Celsius, he added.

The minimum temperature in Manali, Kufri and Dalhousie was recorded at 0.4, 2.1 and 4.1 degrees Celsius, respectively.

The highest temperature in the state was recorded in Bilaspur at 23.5 degrees Celsius.

The MeT centre predicted dry weather in the state till January 22.

A fresh western disturbance is very likely to affect Western Himalayan Region from January 23 and it may cause scattered to fairly widespread rain, snow over the state, Mr Singh said.