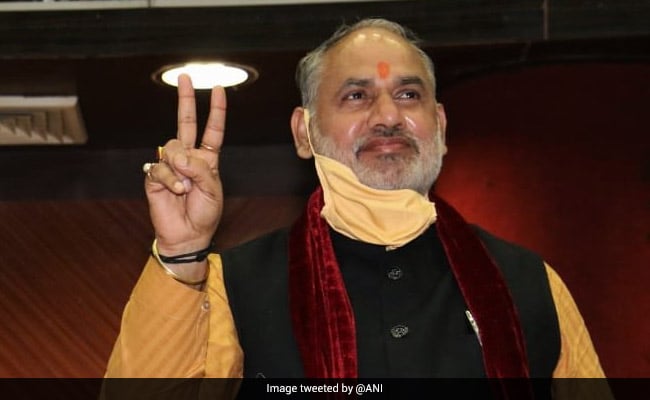 Last August, Jai Prakash had conducted a 24-hour “hawan” prior to the “bhoomi pujan” for the Ram temple

Senior BJP leader and North Delhi Mayor Jai Prakash on Monday said he has donated Rs 1 lakh for the construction of a grand Ram temple in Ayodhya.

In a statement issued by his office, he was quoted as saying that Vishva Hindu Parishad leader Surendra Gupta had come to his official residence to seek monetary contribution for its construction.

However, the statement did not specify if he made the contribution as a mayor or in his personal capacity.

Later, he also shared a photo of the receipt received from the Shri Ram Janmbhoomi Teerth Kshetra fit the contribution made on Twitter.

Last August, Mr Prakash had conducted a 24-hour “hawan” prior to the “bhoomi pujan” for the Ram temple in Ayodhya.

He had held the ceremony at the official mayor’s residence on Lancers Road in Timarpur area but said he had done that in his “personal capacity”.