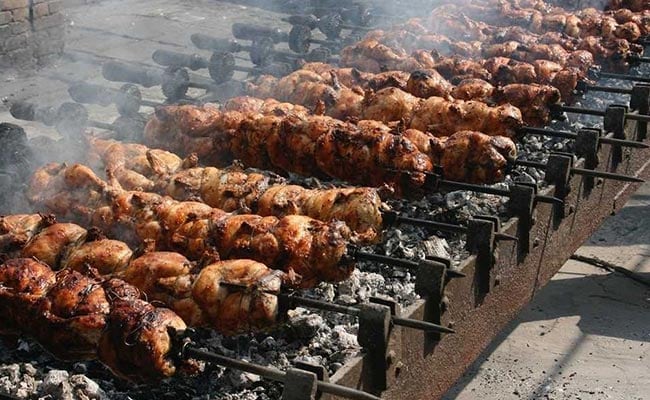 The proposal was moved by the Standing Committee of the SDMC on December 24. (Representational)

The BJP-led South Delhi Municipal Corporation has cleared a proposal that will now make it mandatory for restaurants and shops in south Delhi to display whether the meat being sold or served is cut using the “halal” or “jhatka” method, officials said on Thursday.

The proposal was moved by the Standing Committee of the SDMC on December 24.

A senior official of the SDMC said the House cleared it in its special meeting on Wednesday.

Officials said restaurants and meat shops will have to “display clearly and visibly” whether they are serving “halal” or “jhatka“.

The resolution passed by the SDMC panel had read, “There are thousands of restaurants in 104 wards of four zones falling under South Delhi Municipal Corporation. Out of these meat is served in about 90 per cent of restaurants but it is not mentioned whether the meat being served by the restaurants is halal or jhatka“.

Similarly, the meat shops also do not make the distinction, it had said.

The resolution further said, “According to Hinduism and Sikhism, eating halal meat is forbidden and against religion… Therefore, the committee resolves that this direction be given to restaurants and meat shops that it should be written mandatorily about the meat being sold and served by them…that halal or jhatka meat is available here”.

Standing Committee Chairman Rajdutt Gahlot had earlier said, “At present, while getting a licence made, owners take a licence for selling on type of meat, and then start selling the other one too”.

Also, the idea was to let a consumer know about the kind of meat being served to him or her and make an informed choice, Mr Gahlot had said.

The resolution in the Standing Committee was moved by Chhattarpur councillor Anita Tanwar.

Meat shops have always been displaying what meat they have been selling, in compliance with the MCD by-laws of 1957. The authorities are needlessly making an issue out of this, he said.

“While restaurants don’t display it, customers always check if they have a preference… It is like asking a restaurant to display whether they also serve vegetarian food. A vegetarian person will enquire about the menu according to his or her preference,” Mr Kureshi rued.

Joy Singh, a partner in Yeti chain of restaurants and co-founder of Raasta restaurant in south Delhi had termed the move earlier as a a very “sad and regressive approach”.

In 2017, the SDMC had proposed that meat and its products were not to be displayed in the open, citing that hygiene and “sentiments of people affected by the sight” of meat were the main reasons behind the move.

The move was not implemented after protests from shop-owners.