Stand And Cheer For Them Tweets Anand Mahindra 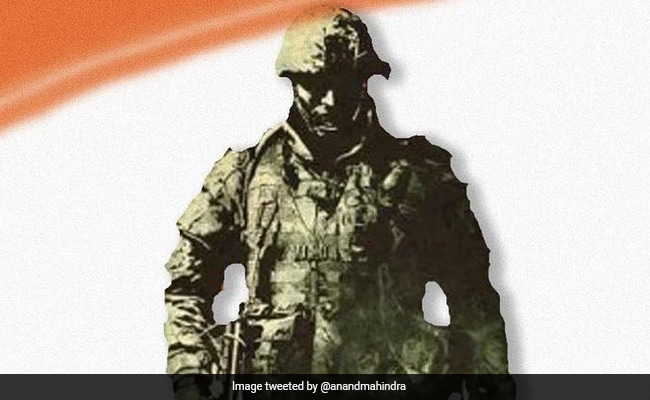 On Army Day, industrialist Anand Mahindra’s post on Twitter perfectly summed up the bond a country and its armed forces should have. “No matter how large or well-equipped it is, an army’s strength is directly proportionate to the emotional and moral support of its country’s citizens. Our soldiers put their lives on the line every day so we can go about our daily lives. Stand and cheer them today,” Mr Mahindra’s tweet read. The Indian Army is observing its 73rd Army Day today.

No matter how large or well-equipped it is, an army’s strength is directly proportionate to the emotional & moral support of its country’s citizens. Our soldiers put their lives on the line every day so we can go about our daily lives. Stand & cheer them today.. #IndianArmyDaypic.twitter.com/80OKWRf0rX

Anand Mahindra is an industry leader who firmly believes that young Indians should get military-like training to prepare themselves for future and excel in their profession. In a letter to the Army, Mr Mahindra, in May last year had written, “I definitely think military training will be an added advantage for Tour of Duty Graduates as they enter the workplace. In fact, considering the rigid standards of selection and training in the Indian Army, the Mahindra Group will be happy to consider their candidature,” he added.

The Chairman of the Mahindra Group’s letter was in response to a proposal to open up the Army to young professionals for training. The ‘Tour of Duty’ scheme for the Army is meant to allow civilians, including young working professionals, to join the force for three years as officers and in other ranks in areas like logistics and front-line formations.

Anand Mahindra, a prolific tweeter, regularly shares on the microblogging site pictures, videos, gifs with captions that captures people’s imagination. His tweets are inspiring, incisive and often the ROFL kind as well.