Team Rajinikanth As Some Members Move To DMK 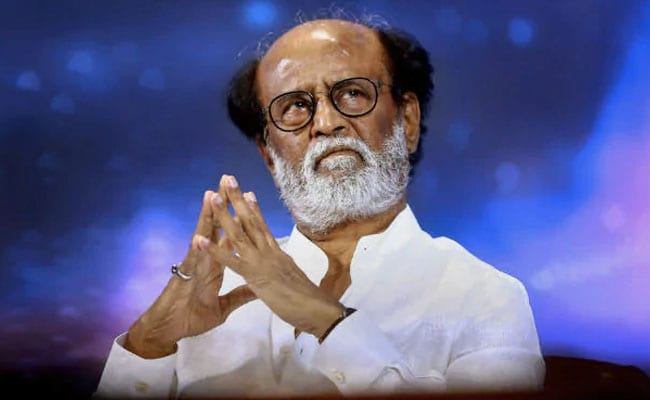 Rajinikanth announced that he would not join politics after all after being hospitalized briefly.

Days after Rajinikanth’s opted out of politics citing his health, his team has said members of his outfit Rajini Makkal Mandram are free to resign and join other parties. The statement comes after some members joined DMK recently.

“They shouldn’t forget they are always Rajini fans even if they join other parties,” the Rajini Makkal Mandram said today.

The assertion was read by many as a sign that Rajinikanth may not back the BJP, tacitly or otherwise, in the Tamil Nadu state election in a few months. The BJP was seen to hope that the megastar would support the party even after bowing out of active politics.

Rajinikanth, 70, on the brink of announcing his political party last month, announced that he would not join politics after all after being hospitalized briefly for blood pressure fluctuations.

Two days after his discharge from hospital, he put out a statement saying: “With extreme sadness I say that I can’t enter politics. I alone know the pain I went through while announcing this decision. Without entering electoral politics, I will serve the people. This decision of mine will disappoint my fans and people but please forgive me.”

He added: “My hospitalisation was a warning given by God. My campaign will impact health amid the pandemic.”

Earlier this month, he appealed to his fans to stop pressuring him with protests and “not pain me again and again”.

“I have explained reasons for my inability (to enter politics) in detail. I have conveyed my decision. Please don’t pain me again and again asking me to enter politics by organising such events,” Rajinikanth said.