Three Killed In Fire At Scrap Shop In West Delhi 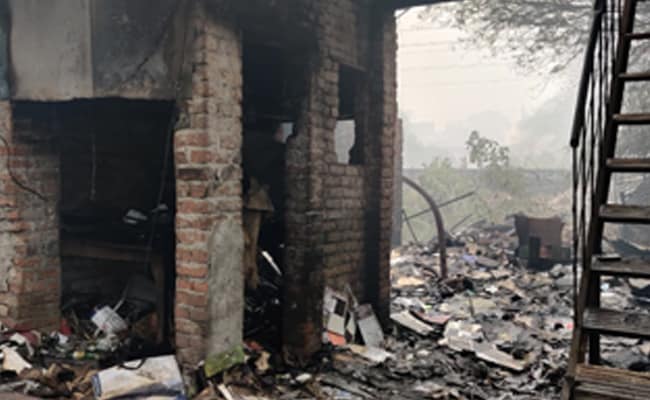 Three bodies were recovered after the fire was doused in Delhi’s Kirti Nagar area.

Three people, including a child, were killed in a fire at a scrap shop in west Delhi’s Kirti Nagar area, police said on Friday.

The fire was reported around 10:50 pm on Thursday and seven fire engines were rushed to the spot, according to the fire department.

Small rooms built on top of the shop were also engulfed by the fire, it said, adding that some people living there suffered injuries.

Three bodies were recovered after the fire was doused. Two of the victims were in their 20s and the third was a child below the age of 10 years, a senior police officer said.

One of the deceased has been identified as 20-year-old Rohit, a resident of Kamla Nehru Camp in Kirti Nagar.

Police said that initial probe shows that Rohit got trapped in the flames when he attempted to douse the fire and his body was found in a drain.

The scrap shop is owned by 50-year-old Tony Mehto, who is at large after the incident, they said.

The injured have been admitted to a hospital, the police officer said.

Deputy Commissioner of Police (West) Deepak Purohit said it is suspected that a short circuit could have led to the fire, but the exact cause will be known after investigation is completed.

“We have registered a case at the Kirti Nagar police station under Indian Penal Code sections pertaining to negligent conduct with respect to fire and culpable homicide not amounting to murder. The scrap dealer Tony Mehto is absconding,” he said.