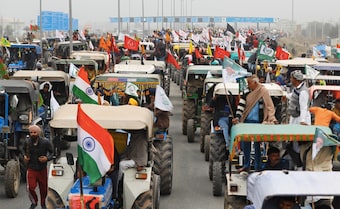 The entry of protesting farmers into Delhi on Republic Day has to be decided by the Delhi Police as it is law and order matter, the Supreme Court said today as it heard a plea seeking an injunction against the proposed tractor rally scheduled on January 26.

“We said this last time that entry to Delhi has to be decided by the Delhi police. Who should not be allowed and the number of people who can enter are all matters of law and order to be dealt with the by the police. We are not the first authority,” the top court said.

The court will now hear the matter on Wednesday.

The centre, in an application filed through the Delhi Police, had told the court that any proposed rally or protest which seeks to disrupt and disturb the Republic Day celebrations will cause an “embarrassment to the nation”.

The centre said the right to protest can never include “maligning the nation globally”. It urged the court to restrain anyone from conducting any protest march either in the form of tractor march, trolley march, vehicle march or any other mode by entering into the National Capital Region Territory of Delhi.

Reports have claimed that farmer leaders have clarified that the tractor rally on January 26 will only take place at the Haryana-Delhi borders and the farmers are not planning to reach the Red Fort to disrupt the Republic Day parade as is being claimed by some.

The top court on January 12 had stayed the implementation of the contentious new farm laws till further orders and constituted a four-member committee to make recommendations to resolve the impasse over them between the centre and farmers’ unions protesting at Delhi borders.